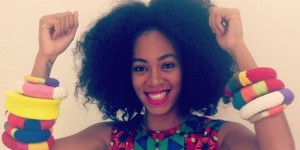 She’s turned into quite the icon in the fashion world and her influences have gotten her a seat as the New Art Director & Creative Consultant for Puma. With her new role, she will “be able to express [her] love for not only design but the conception of creative ideas, and the execution of them by curating amazingly talented teams,” she stated on her instagram.

For her first big assignment she sought out Gerlan Marcel, Darlene and Lizzy Okpo of William Okpo and Hisham Bharoocha to breathe a breath of fresh air into the classic Puma Disc trainer. Their inspiration was based on the sights and sounds of the ever vibrant Brazil. They’re hoping that she can bring Puma back up with power houses like Nike, New Balance, and Adidas. It makes sense that Puma would seek out her creative input, because if her designs are anything like her eclectic style and fashion sense, there’s sure to be some great designs in the future.

It’s All About the “Selfie” 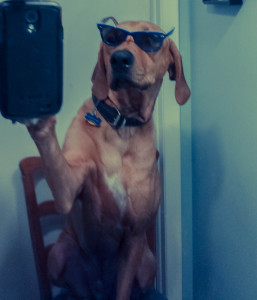 “Selfie” is voted as word of the year by Oxford’s Dictionary. Beating out the infamous and still trending “twerking”. Now as strange as is may seem to many, we’re not really surprised. And as proud and hypocritical as some may want to pretend, we have all done them. Everything from the artful “hipster selfie” through some random abstract reflections to the oh so shameless “Bathroom Selfie”. Some say this is the official death of the English language, but quite frankly, I think it died the minute they inducted “Bootylicious” as an official word. Whatever is left of the English language is pretty much downhill from this point on. Can’t wait to see what words we come up with next year!Yeezus Pop Up Shop 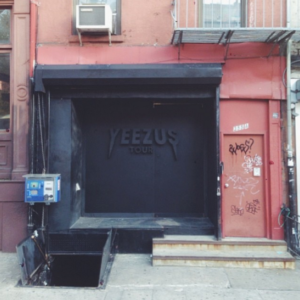 Yeezy’s team set up a quick pop up shop to promote clothing for his tour on Friday in Lower Manhattan. One would probably walk in expecting to hear loud hip hop music blasting from the stereos and Givenchy inspired clothes, instead we were greeted by Metallica’s blaring guitar, Lynyrd Skynyrd looking paraphernalia, and a random dirt bike in the middle. There were skulls and confederate flags everywhere. They didn’t do much to prepare the place for the public besides a few air brushed designs of reapers and shredded confederate flags that reminded me more of a tattoo parlor than a Hip Hop Moguls shop. If you’ve been coveting the Yeezus Tour army green puffer bomber that he’s been rocking, then you would have been able to score it. Granted you were in front of the line the minute it opened and made it inside before his fans cleaned it out like a Black Friday sale. Definitely not the Yeezy that we used to know from College Dropout, but artists are known for their constant evolution, and ‘Ye’s always been an artist to the extreme. 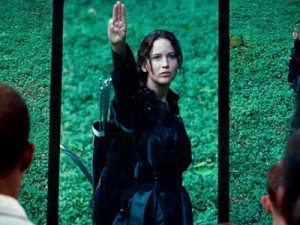 This week the Hunger Games Catching Fire is setting the box office ablaze. Not only has it brought in $70.5 million domestically and $64 million internationally, but it’s expecting to bring in a total of $170 million domestically by Monday morning. “Catching Fire” has set the record as the eighth-highest domestic opening to date. The Hunger Games made $67.3 million opening night and continues to hold the title of sixth-highest opening weekend with $152.5 million. Based on the polls, “Catching Fire” is sparking the interest of all moviegoers, compared to the Hunger Games which had a more female based audience. Not only are the guys getting in on the action, but audiences younger and older than 25 are getting in on it too. It’s safe to say that “The Hunger Games” are making it’s way to the ranks of Twilight status.
Kadian Watson Nov 25, 2013
previous article

Five Unreleased Tracks From Drake are Coming in December