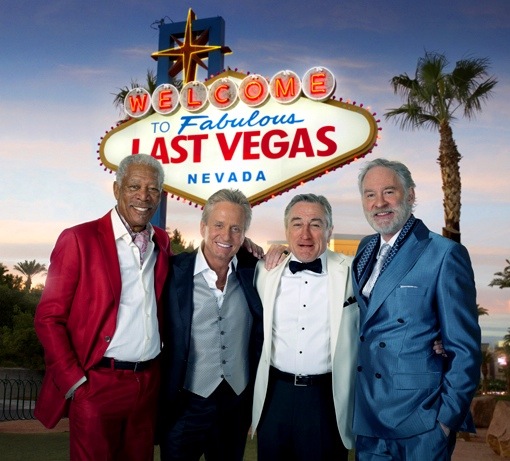 After a few weeks of award caliber films being released, studios have decided to offer up some more popcorn flicks this weekend as some sort of balance. There are alien space battles, drunk old men and time traveling romance to be had! Not that those are all necessarily good things, mind you.

The highly anticipated adaptation of Orson Scott Card’s best-selling book Ender’s Game has finally reached the silver screen. Asa Butterfield plays Ender, a talented but shy student attending military school in the middle of an alien war in the near future. Displaying proficiency in his exams, Ender quickly moves up through the ranks and soon becomes the military’s new hope for victory. With a solid cast but a notoriously uneven director (Hood directed the Oscar winning Tsotsi but also the atrociously awful X-Men Origins: Wolverine) this is a bit of a gamble, but the trailer looks solid and the action appears entertaining. It also doesn’t hurt having Harrison Ford, Ben Kingsley and Viola Davis in the cast.

Word on the street is that the film isn’t as well-rounded as the book, but what else is new?

Four of the most well respected actors ever have some together for Last Vegas, a Hangover for the older crowd directed by Jon Turteltaub (National Treasure, Cool Runnings). These actors have combined for some of the most compelling and touching films in recent American film history, but this doesn’t look like one of them. There doesn’t seem to be much to go on here besides the reliable cast, which includes Mary Steenburgen (Stepbrothers) and an endearingly tipsy Morgan Freeman. If you love the cast, go see it.

Red flags go up any time I hear about a sci-fi rom-com. Almost no good can come from that. This film seems to be no exception. Once again, Rachel McAdams stars in a film about time-traveling, the previous being the already forgotten The Time Traveler’s Wife. Domhnall Gleeson plays a man who has the ability to time travel and “correct” all of the “mistakes” in his life. McAdams is his love interest. What is Rachel McAdams’ obsession with love and time travel? Perhaps we’ll never know. Yes, it is a potentially interesting premise, and yes, Richard Curtis (of Love Actually fame), is behind the wheel on this one, but don’t count much on that. Why? Once again, four words: science fiction romantic comedy.