The unspoken rule in comedy is nobody is safe and tonight at the Golden Globes hosts Tina Fey & Amy Poehler made that clear with their jabs at former tv dad Bill Cosby who has come under fire for date rape allegations from too many woman to name.

The two funny women promised deliver a Cosby joke at the Globes tonight and boy o boy did they deliver. The crowd uncomfortally chuckled at the joke and i’m sure some found it tasteless as some probably found it hilarious but one things for sure it will be the talk of all media tomorrow morning. Watch the monologue below for your own judgment. 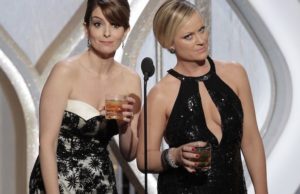